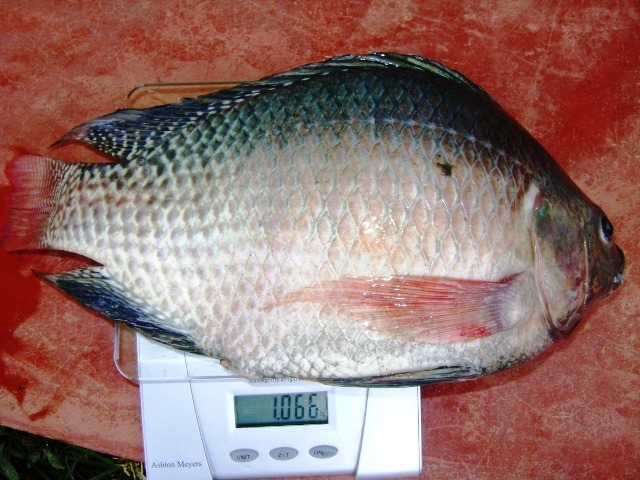 The fish were harvested from Mr. James Paddy of Osajai cluster in Teso North District.
The fingerlings of the monosex male tilapia were sourced from Wakhungu Fish Farm and stocked on the 2nd May 2012 in an earthen pond under semi- intensive culture system. The ponds were fertilized using manure, two weeks prior to stocking. The stocked fry fed on the phytoplanktons and zooplanktons for one month, and were thereafter introduced to peleted floating industrially manufactured feeds for 257 days. At the time of stocking, the average weight of the fry was about 3 g, whereas at the time of harvesting on 13th February 2013, the biggest fish was weighing 1.066 Kg, followed by 0.923 Kg and the average weight was 0.8 Kg.